Yr of The Ox Celebrations - Part 2

I managed to go 拜年 on the first day of Chinese New Year.
This time though, I didn't bring Snoopy or Rusty as both of them are quite a handful when we are out. So, both doggies had to stay home. 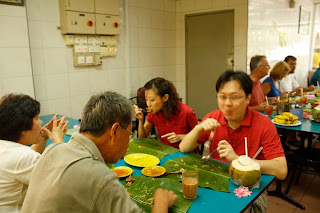 Since most of the Chinese shops were closed, we all had a good breakfast at the mamak - roti canai and fried chicken. My bro-in-law looks funny here as he's trying out the curry sauce. He doesn't take much spicy food and to see him reach for the dhal and curry is an achievement. ;-) 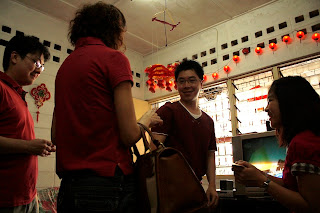 We arrived at our grand-uncle's place in Kepong and I had to document the first time my sis gave ang pows to my cousins. This year, they have to give double since it's their first time! (MUAHAAHAHA) 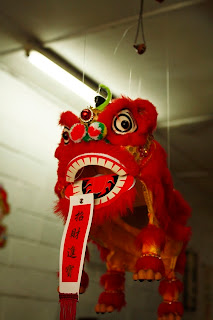 Although the lion is hung from the ceiling, I don't hear a lot of lion dances being performed around the neighbourhood. The sounds of firecrackers going off were nearly non-existent. 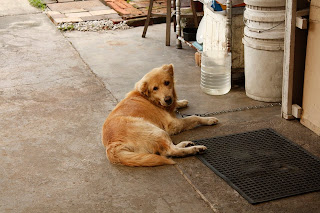 "Wong Choi" the dog looks so old. He's a bit older than Snoopy and is very friendly. Anyway, as the years go by, we all are aging.

In the afternoon, I went over to my friend's place for some lunch and our usual annual mahjong game. We don't play with $$$ which people say defeats the purpose of playing mahjong as we don't really like to gamble. 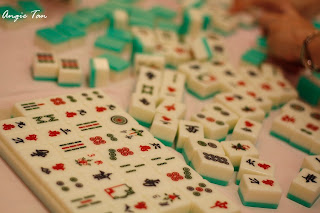 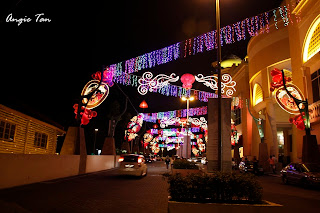 At the end of the day, I went to Sunway Pyramid for dinner. The lights outside the place was really nice. Lots of people went out to take photos. EV persuaded me to go take the photos after we got out of the carpark. I'm glad that I did.